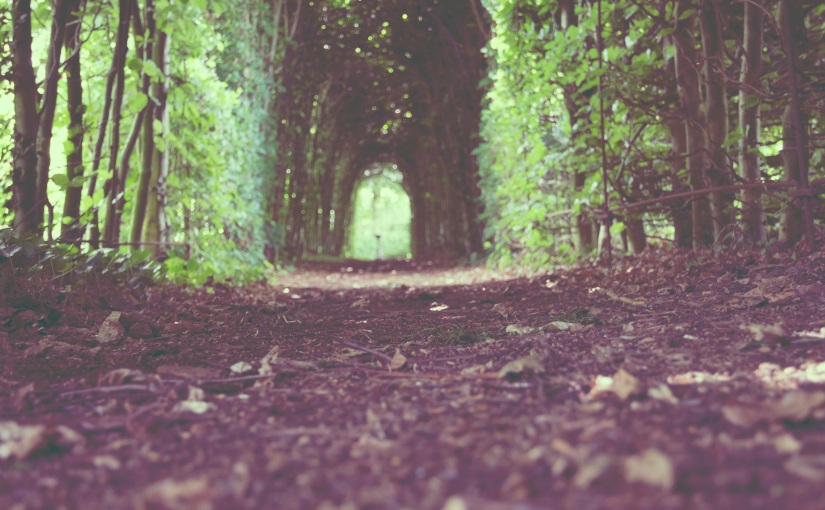 I’ve been thinking a lot about fantasy vs. myth vs. reality and came across this article by Donald Miller on “How Fantasy Ruins Your Creative Imagination” while searching for a still half-remembered quote. Miller cites C. S. Lewis to distinguish between good fantasy and harmful fantasy:

C.S. Lewis delineated between the two in his book Surprised by Joy. In the book, he talks about his early days imagining “Animal Land” which was a world he made up with his older brother. The time he spent imagining Animal Land, he noted, was great practice for becoming a writer. But fantasies about his own glory, he noted, (he would often spend time fantasizing about being a good dancer) was only practice for becoming a fool.

I think once you start trying to imbue your life with any amount of creativity (or once you start to “Turn Pro“), the true temptation is to spend time looking up from your work and predicting all the possible futures this Heartbreaking Work of Staggering Genius will send your way.

I mean, what are you going to do with all the money this book/app/work is going to bring you? Can you really handle the lifestyle change this will inevitably lead to? Where will you move to? What kind of Anthony Bourdain adventures will you have at restaurants you could never afford before? I guess you may have to cut some of those friends who won’t be able to deal with your success. And all those adoring men/women/whoever you would like to be adored by???

Miller offers a great bit of advice on how to cultivate a life concentrated on the “good” kind of fantasy:

Writers who achieve literary glory are often professionals who have fallen in love with the writing process rather than their own words.

And I think the same is true of any other professional pursuit.

I think falling in love with the process (instead of the outcome) is a great step toward ridding ourselves of this damaging egocentrism that shackles so many of us from moving forward. If you’ve ever created something you really loved, you also have to acknowledge that no matter how hard the struggle of creation was, there’s at least a portion of your creation that seemingly came to you out of nowhere. Something just “seemed right” so you added it in the mix, whether it was intuition or inspiration you can’t really say.

And if you really focus on that process and put your head down to do the work, that moment when something comes to you out of nowhere is so much more pleasurable than any accolade you would have ever received. You are often ashamed of those visions of wealth and power and shake your head wondering why you ever wanted anything but this moment of clarity and awe at a delightful sentence, a picture framed just so and taken at the exact right moment, or this chord progression sending tingles down your spine.

I think that’s what the true artist lives for because that moment is hers and fully hers alone. And nobody else knows the struggle and fight it took to get to that moment. Because the reality is that when your work is complete, you have to share it with the world.

This is the right thing to do, but by sharing you’re also giving up control of your work to the hands of chaos. You can’t control how something will be received (or rejected) or interpreted (or misinterpreted) and any fantasy to that effect is so far removed from what will actually happen that it’s just plain harmful.

I think I’ll have more to say about myths tomorrow (spoiler alert: they’re everywhere and I love them!), but I wanted to introduce the idea because it’s been way too long since I’ve taken the proper time to write.