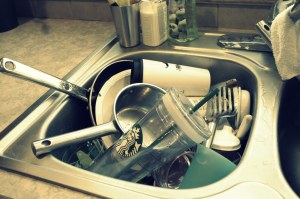 I’m on Day 7 of the Desk.pm community’s digital book club, going through Steven Pressfield’s Turning Pro. In the section we read for this day, Pressfield shared his own moment of turning pro, and I think it illustrates perfectly that dedicating your life to this kind of idea is as much about blue-collar work ethic as it is lofty artistic ideals. I’m not sure why I’m so sensitive to this idea, but I just want everyone to know that life can be lived well and a big part of that comes from doing work you feel called to do.

This work might not actually be your job, and if you have a job that funds your work, great! If you have a job that is also your calling, great! I truly want all of us to see taking that next step and doing that thing we’ve avoided forever isn’t like climbing that huge wall in a military bootcamp, it’s like stepping over a speed bump. The constant running from what you feel called to do is climbing the huge wall, even though you convince yourself that you’re taking the easy way out.

Pressfield tells the story of when he finally, in a fit of almost frustration, broke out his typewriter and started writing. For a grueling two hours, he typed away, producing work that he would almost immediately toss into the trash (p. 83). But then a curious thing happened. He was filled with energy and finally washed those dishes that had been in the sink for 10 days, whistling away the whole time.

This is what it means to do the work you feel called to do. It bleeds over to every other part of your life and invigorates you to tackle the “jobs” in your life. This happens even when what you produced won’t be seen by anyone else and won’t fulfill whatever grandiose fantasy you concocted in your head as reward for finally sharing your brilliance with the world. In fact, those fantasies of grandiosity were just one more way to talk yourself out of starting. As Pressfield puts it:

It hit me that I had turned a corner.
I was okay.
I would be okay from here on.
Do you understand? I hadn’t written anything tood. It might be years before I would, if I ever did at all. That didn’t matter. What counted was that I had, after years of running from it, actually sat down and done my work. (p.84)

Turn that corner! Do the work!