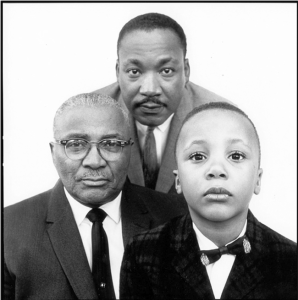 Our writing prompt today is to write about the MLK holiday and what it means to us. As a white man who was raised in Mississippi in the 80s, this is such a mixed bag to discuss in just one blog post. Even though I was raised on the Mississippi Gulf Coast, a region not considered really Mississippi (MS from here on out) by the rest of the state, I remember this holiday first as Robert E. Lee’s birthday.

I also remember when that changed. Not the specific year, but I remember the sea change across the South in the late 80s and early 90s where people finally started to talk about racism, albeit often quietly. And MS is slowly changing its ways, although I wish I just wrote “And MS slowly changed its ways.” I left for college at Louisiana State University in 1994, and other than the requisite moving back home for a year after college, it has not really been my home.

There are several reasons for that, one is that I was born in New Jersey and although we moved to MS from Florida when I was almost five, I still felt like an outsider for much of that time. Not because people were mean or anything, per se. There was just a persistent question I heard any time I met a friend’s parents for the first time: “Williams? Are you related to…” This question is fine, I guess, but I always had to say, “No. I’m not related to anyone you know.” and then sit quietly while they gave me sidelong glances and evaluated if I should be their son’s friend or not. I am from there but also not from there, fiercely protective of my “otherness” at times.

There’s also the issue of the state flag still being this. The former mascot of the University of Mississippi was a guy known as Colonel Reb, but they changed that in 2010 to the Rebel Black Bear (although there was significant student support to become the Ole Miss Admiral Ackbars).

I was about to write one of my go-to facts to explain MS to people – namely that they only ratified the 13th Ammendment to abolish slavery in 1995. But when I looked to find a link for that reference, I discovered that THEY FILED THE PAPERWORK INCORRECTLY AND IT WAS ONLY RATIFIED IN 2013!!!!!!(There are literally not enough exclamation points in the world for this.) This happened in a state that for all intents and purposes was 50% black and 50% white when I left it, and even though I’d like to think there was no maliciousness in this oversite, there was also no rush to correct it (or apparently that much of a push to make sure it was done right the first time).

So this is the context I come from when thinking of the Martin Luther King, Jr. Holiday. I’ve lived in California and Pennsylvania as an adult and I know what it is to be looked at as “other.” When I say, “y,all” or just speak in my (admittedly not that thick) Mississippi accent, I see people give me those same sidelong glances. I still feel like that kid who’s being evaluated, except now the question is, “Mississippi? How racist is this dude?” or, “Does that accent mean this guy is dumb?”

But I’ve never felt what it is like to be looked at as the definition of a criminal. I’ve never been negatively profiled by officers of the law as someone they should keep an eye on. I’m practically invisible to the police. I’ve only rarely had to think of my identity in terms of anything other than “human”, I have the distinct luxury in this country of not having to hyphenate my identity.

Thinking through these issues is what this holiday means to me personally. I don’t want to pontificate or act like I’m not a person who has struggled with hatred or gut reactions imbued to me by my culture as a child. But I do want to say this day is so important for all of us to remember there are paths to solve almost any issue that do not involve violence, that love is always such a more powerful force than hate, and that you can always understand things you haven’t actually experienced if you really put your mind to it.

So watch the speech. Mourn the passing of a great man. And I leave you with the best quote from a possibly surprising source I read all day, from Dan Harmon: Today is, in part, about how one person, without a weapon, can terrify armies and shake nations. Don’t let anyone else tell you your value.